Fall brings freedom. School is back in session, and I can return to a more structured schedule in my studio, and hike while the kids are in school before the snow drifts in. This season ushers in the quiet of off season in a tourist town and a welcome, slower pace.

Fall also brings the press of melancholy. My mother died six years ago in September and my sister, Heather Catto Kohout, died a year and a day ago. The loss of my mother has evolved into a constant, familiar ache.  The loss of my sister is more an open wound. I lost three family members, and my mother-in-law, in the space of five years, and those years were my toughest yet. My mother taught her children to love wild, open spaces and my sister and I shared her passion for hiking. So I hike whenever I can, on trails that they loved and new ones that they would have delighted in. My parents’ exits made some chronological sense, though I hope to push past my mother’s seventy two years.  My sister was only fifty five, and I get stuck there. She was always so vigorous and rarely succumbed to illness.  Until she was diagnosed with The Illness of cancer. On the way to West Maroon Pass

Our September Aspen Words Catch and Release writer-in-residence was Kerry Egan, a renowned hospice chaplain, electric spirit and wise soul. She used the residency to work on her new book, which is centered around her work and conversations with the dying. I asked her if the allotted year for formal mourning (a year and a day in some fairy tales) was enough. Her reply: “A year is the very least.” She confirmed that It is critical to take a psychological gap year after a beloved’s death. Over these years I have learned that mourning has a nuclear volatility that is difficult to navigate in a fast and impatient age. You are raw after intense loss, so wild with grief, that reason is fugitive. You tend to react, instead of act. You are as sensitive as an adolescent and chafe at every perceived slight.  A year gives you permission to catch your breath,  thank those who are stalwart friends, to resist impulse, to spurn the temptation of such immediate change as remarriage, skipping town, or quitting your day job.

I grappled with another aspect of loss, one that is more abstract – this odd notion of finding a new identity distinct from the individual you lost. After each death, I changed dramatically. I had to. I had to gauge who I was –  independent of my dynamic, highly visible and successful parents and then again, from my sister. Apart from my own children and husband, she was the brightest star in my constellation.  I realized how often we draft by our associations and use the work of our beloveds to feather our own identity or to leap frog over own psychic wastelands.  Appropriation is part of human nature,  but it is vital work to parse what is yours and what is acquiesced.  And sometimes these distinctions cannot be teased apart.  After a years of fumbling, I feel like a completely different soul, but few, save my husband and close friends, really understand the extent of this sea change. As I hiked, I felt Heather everywhere.  Heather always found the mystery and joy in the quotidian, like walking: being present in a conversation, rowing on Lake Lady Bird in her hometown of Austin, the spark of good poetry,  and her innovative cooking.  And especially in the laughter and company of her friends and family.

She was a prodigious reader and thinker, and used her writing to explore the particulars of many a snarled conundrum. Always with a quiet deliberation and a relentless dedication to inquiry. She had a flair for flipping her own darkness and struggle into some singular illumination for the rest of us. She wrote the following passage from a blog post for madronoranch.com during the heart of her battle with cancer:

“In recent months I’ve found that the power of Love is as startling as the force of nature. When I found that my life was as fragile as a nestling’s egg, disintegrating as I tried to pick up its shattered pieces, something appeared, an unexpected padding, to help me into a new life. The realities of death and illness, grief and anger—the possibility that this new home will fall—never stop looming. But over time the steady swooping kindnesses have built an improbable nest in which I have been, for now (and what else is there?), protected.

Despite years of thinking and reading and analyzing, I’ve been overwhelmed by the steadiness of Love’s flow, as powerful as the wind and water eroding the west Texas vastness and almost as impersonal, a force that needs an outlet, that seeks to move where it is not. I’ve stood in the midst of the swallows’ enfolding flight and seen that it continues when I step out of it.” Before Heather became bedridden we held hands and cautiously picked over a flagstone walk to marvel at her raised beds in her Austin garden. Tick daisies, snapdragons, verbena and self-sowing sunflowers were blooming in abundance, and we delighted in the discovery of a small eggplant, as discretely hidden as a hummingbird egg. Its shape was luscious and the smooth skin had a remarkable iridescence. She turned to me and smiled:  “It’s all here, isn’t it?  You just have to look.”

I miss you so, beloved sister. 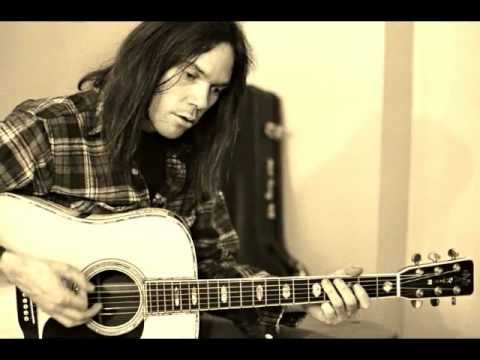 One of my favorite memories was listening to my musically agile sister and mother harmonize on “Love is a Rose.” They did old Neil proud.  Not to mention Linda.